Heart in the Wight Place

After many weeks in the planning, our Events Manager Anna B opened her doors to a steady stream of Forge Londoners dropping off their precious cargo in preparation for the first ever Forge away-day. Her indoor gym was quickly turned into a bike park.

The van was ready for the 5am get-go. And we’re off… or at least the bikes were.

By 9am, the Forge faithful disembarked the train at Portsmouth Harbour, looking forward to their caffeine injection from a highly recommended local barista. Having paid and waited, and waited, and waited, time was eventually called (coffee absent) when it became clear that, without some haste, we were in danger of missing the crossing.

Java-less, all safely landed on the Isle, the advance crew, van and riders reunited and introduced to the legend that is Lawrence, who would be our Director Sportif, Team Support Crew and Broom Wagon driver for the day.

We set off in three groups and were introduced to the delights of smooth tarmac, light traffic and rolling hills, a portent of the day ahead. First stop – The Needles and despite Luke M’s attempt to introduce the F3s to the delights of gravel biking, a quick photo stop and they were on their way again. Group 2 were far more adventurous – testing their climbing legs and bike handling skills to make it to the viewing point. Group 3 decided to make haste and skip The Needles altogether – making it first to lunch in the process.

Fully refreshed, the serious climbing began. After a gentle start, a sharp right-hand turn onto the Military Road saw the gradient spike to 10%, causing an unaware and embarrassed writer to ‘abandon ship’ – running the rest of the way up the ramp quicker than her fellow riders. After strong efforts into the stiff headwind atop the cliffs, the road eventually gave way to more sheltered lanes, more like our regular routes in leafy Surrey. Finally, we arrived at our second stop, the stunning Botanic Gardens. Tea completed – and Jonny C’s bike voted the best in show by the youthful waiter – we saddled-up to complete the short final leg home.

Except it wasn’t a short leg! The biggest climb of the day out of Ventnor sapped the legs and several climbs later we were all delighted to arrive on the flat coastal road. It didn’t last too long, we turned abruptly inland and into another series of sharp gradients; a few flagging riders wondering aloud how we could possibly still be climbing with less than 2km to the finish.

But finish we all did. And what a sweet ride on a beautiful bike-friendly island with smooth roads and spectacular scenery. Even the weather just about played ball.

A rush for the ferry and with weary limbs and parched throats, it could only mean one thing – a swift Tesco Metro stop to load up on beer, wine and snacks. And for an hour or two, we turned Carriage 6 of the Portsmouth to Waterloo service into our own private post-ride watering hole.

Many, many thanks to Anna and Lawrence for arranging and managing such an eventful, rewarding, and ultimately successful first Forge sportive. And to Luke M and Andrew T for cafe stop and route suggestions. We will visit again. 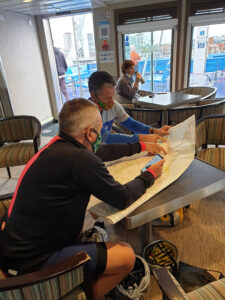 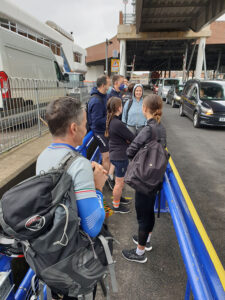 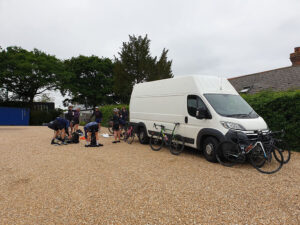 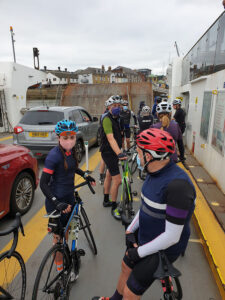 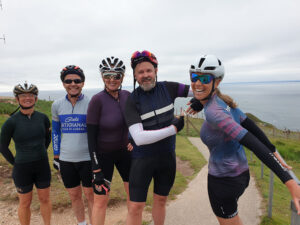 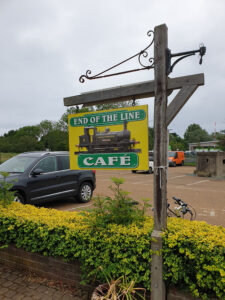 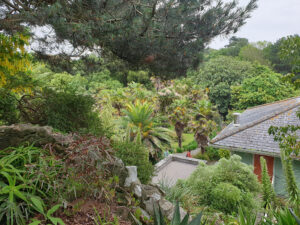 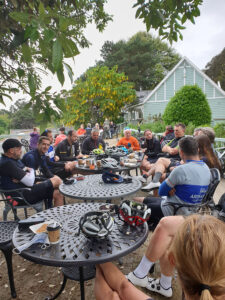 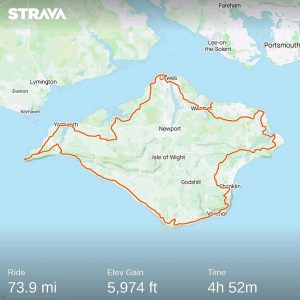 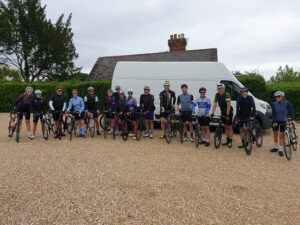