Thirty-three of Forge’s finest took to the start line for the RideLondon Essex 100, the first time the famous event headed north to the home of Tiptree jam and TOWIE.

After an eye-achingly early start, most of the Forge flotilla set sail from Parliament Square before 7am. We quickly notched up the landmarks of Tower Bridge, the O2, Canary Wharf, and through the ’burbs into Essex. On a fast and predominately flat course, the closed highways saw Forge sweep along the open roads of Epping Forest and into the Essex hinterlands.

Reportedly the event saw a staggering 22,500 participants and, on some stretches, it looked as if you could see them all – but the pelotons soon thinned as the kilometres sped by.

A few Forge highlights included the bonkers bullet that is Byron K, who led the charge of Forge’s fastest. He clocked the 100 miles in a stellar 3hrs 53mins with an average speed of 41.4km/h to come home with one of the quickest event times. Just wow.

Our largest group was formed of 17, yes 17, F3s, who shared time on the front throughout the day to come home altogether in 4hrs 30mins and an average speed of 35.9km/h. With such an organised group, a real highlight was seeing Forge leading the pace as large pelotons of other riders formed behind, delighted to hitch a ride on our teal-coloured train. One downside was a nasty spill by Rudi K on an innocuous corner. We wish our South African powerhouse a speedy recovery.

The dash across the finish line on the iconic Tower Bridge was a moment made for insta.

After 100 miles of smiles (that’s 165kms, for those messing with metric), we all gathered in the Duke of Sussex pub in Waterloo for burgers and beers to mull over a magical day.

For this event, we may have missed the hills and thrills of our Surrey backyard but for one day, the only way was Essex. 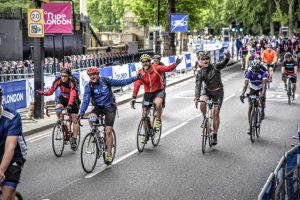 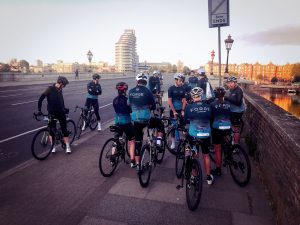 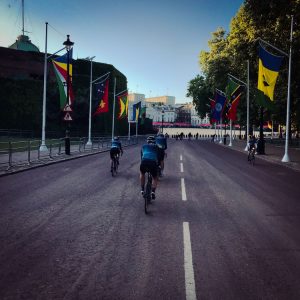 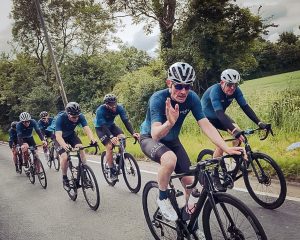 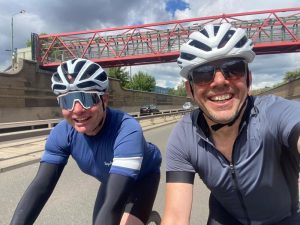 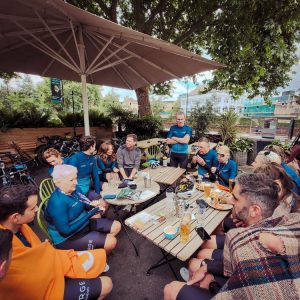 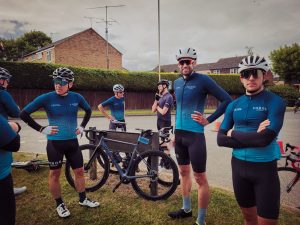 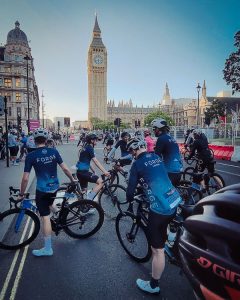 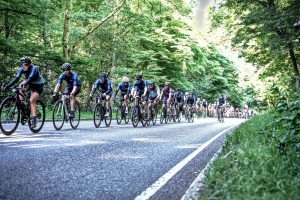 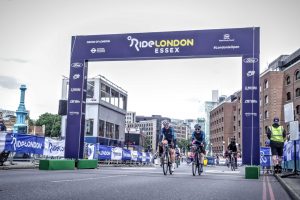 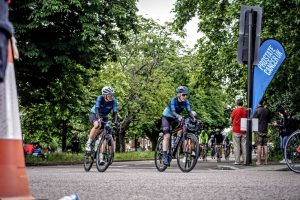 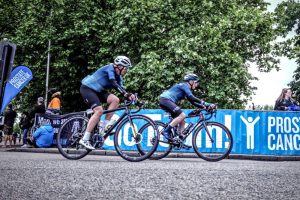 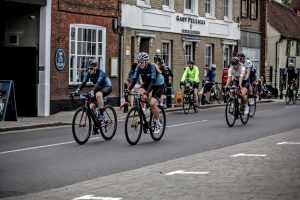 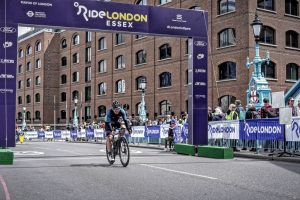 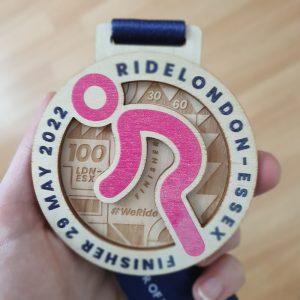